Their third album ‘Slippery When Wet’ had already been to No. 1 and turned platinum, but November 29, 1986 was the day when Bon Jovi were sitting pretty at the top of the US singles chart for the first time. ‘You Give Love A Bad Name’ climbed 4-1 on the Billboard Hot 100, and the first of their series of stadium-filling anthems was America’s favourite song.


The song was the product of the New Jersey band’s fruitful relationship with writer Desmond Child, with whom they collaborated on a total of four tracks from the ‘Slippery When Wet’ album. They also included the equally anthemic follow-up ‘Livin’ On A Prayer,’ which gave them another US No. 1 just 11 weeks later.


As the band raced into the top flight of worldwide rock attractions and the album rose to current reported worldwide sales of 25 million, the other new ingredient in their success was Canadian producer Bruce Fairbairn. He helmed ‘Slippery’ and the ‘New Jersey’ sequel of 1988, and was also at the desk for multi-million-selling albums by Aerosmith and AC/DC. He died suddenly in 1999, at the age of just 49.


While ‘You Give Love’ and ‘Prayer’ were making the New Jersey five-piece one of the hottest singles acts of the 1986-87 season, Jon Bon Jovi was telling Spin magazine that his favourite singers included Bono, Bruce Springsteen, Tom Petty, Freddie Mercury and Eric Burdon. He was also reflecting on the band’s progress as a live attraction around the world.


“After four years and three albums every place has sort of equalled out,” he said. “Now our audiences in Europe are pretty much half male and half female. In the States it was more female, now it’s half and half. It took a while because in the beginning people didn’t know what the hell Bon Jovi was. They didn’t know if we were a jeans commercial or a pizza parlour.” This house is not for sale 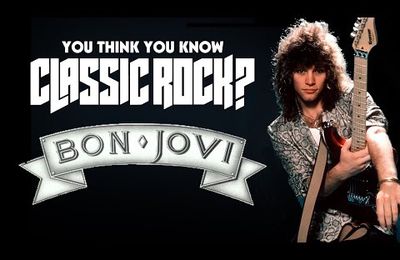